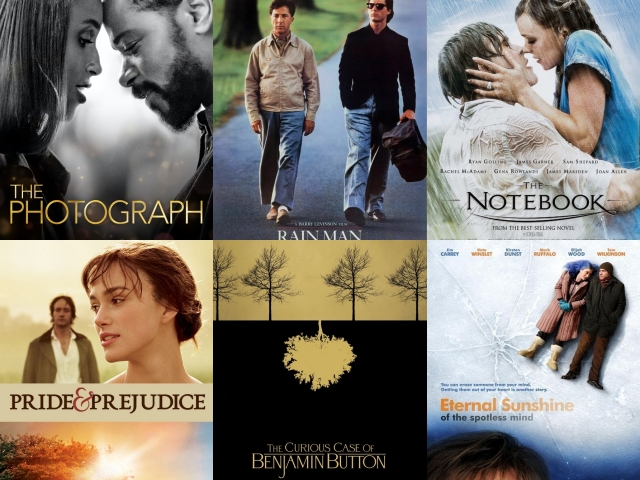 Each year, when the long, dark, winter evenings come, we become more sentimental and start craving that sentiment also in our preferred way of entertainment, including movies. Is there something better than a movie night with a cup of tea, some snacks and a warm blanket?

What is the answer to that need? Melodramas! Wintertime is a perfect moment to shed tears over the fortunes and misfortunes of our favorite, often exaggerated characters and sensational dialogues that appeal to the deepest parts of the heart.

You can be a fan of classics and watch the same old movies over and over again, or a melodrama freak who always wants to discover something new. No matter what you prefer, below you will find a list of the best melodramas that will take you on an emotional rollercoaster.

Let’s start with something for those who prefer fresh movies. The Photograph was released this year, and it can really break your heart. But don’t worry! If you are single and yet another date on Tinder turned out to be a failure, watching it on your own can make you forget about your own heartstrings for the sake of the characters’ struggles (isn’t that what we want while watching a melodrama?)

Surely, you can also look for other places to find your movie companion. Check Spdate review, maybe that’d be your pick! Or… watch the movie wrapped in a blanket with the company of winter tea with cloves and oranges.

You will watch the developing chemistry between a reporter and a girl he meets – shimmering romance, sensations, photography, and beautiful music all add a special spark of magic to this movie. And if you want to run away from cheesy Christmas stories, it can be your gateway, as even though definitely romantic, the dialogues are far from corny.

Dustin Hoffman, Tom Cruise, 4 Oscars, Hans Zimmer’s music – is there anything else you could look for in a movie? Rain Man is an absolute classic, which, even though it’s been 30 years since its premiere, still gathers fans in front of the screens. It’s not a romance between a beautiful lady and a handsome guy, but the history of a man who, after the death of his father, finds out that he has a brother with autism.

It’s the story that goes beyond its time, showing the difficulties in relations and the importance of values over money. If you haven’t had the occasion to watch this masterpiece, it’s high time to catch up.

This sentimental position promises tears. You will surely cry not only over the tremendous love sentiment but also during the happy bits as well as heartbreaking scenes. It’s a well-known movie based on a Nicholas Sparks’s book; Sparks is the author famous for his sensitive, emotional stories, always full of love and tragedies.

You have to be ready for facing the shades of autumn in that piece – the beautiful and heartwarming ones but also those depressing. In the movie, the two stories interweave. From the very beginning, we watch the struggles of two couples, both struggling with major difficulties. There is a young man who falls in love with a woman, but they can’t be together because of their different social backgrounds; the second timeline focuses on an elderly couple where a woman suffers from an Alzheimer’s disease. If you want to get something more than just a good love story but emotions that go beyond the screen, that should be your pick.

It’s time for another adaptation of a famous novel. This time, the winner is an absolute timeless writer, Jane Austen, and her well-known Pride and Prejudice, here starring marvelous Keira Knightley. It’s a historical drama that takes you back to the Georgian era where love was innocent, and money and social position could be a huge obstacle on the way to true love.

You should see how Mr. Darcy kisses Elizabeth Bennett for the first time, no matter if you’ve read the book or not. Their love is so subtle, and here, what constitutes the real passion is just a kiss. This story lets you immerse yourself in reality from two centuries back, with the sentimental music playing in the background and the beautiful landscapes of the English countryside. Moreover, if you’re a fan of British wittiness, and costumes from the epoch, you’d live it!

With the fantasy element, this movie is a bit different from all the other love stories you may know. It’s not even strictly a love story, although this feeling plays a significant role in the plot. Directed by David Fincher, and starring Cate Blanchett and Brad Pitt, it is an ambitious drama for everyone – a couple, a single, the young, and the older people.

It’s a story of a man whose aging process goes in the opposite direction – instead of getting older, he was born old and was becoming younger with time.

That should be enough to plant a seed of curiosity. Aside from the romantic story troubled by Benjamin’s condition, the audience is forced to wonder about the nature of time and aging. What’s real is juxtaposed with magic here, and if you want a story that catches attention with the atmosphere and shots, don’t wait too long and spend one winter evening with Benjamin Button.

We have tried to include different titles for fans of various genres, so now it’s time for the combination of science fiction and a certain vision of the future with a dramatic love story. This is a recommendation for those who crave in-depth reflection on the power of memories and sentiments.

When the beautiful romance has finished, the couple decides to erase the memories they have of each other. The story is told in reverse chronology and shows how love can change everything regardless of our consciousness. It’s sentimental, amazing, and it leaves you with the feeling of great compassion for the characters, plus a big black hole in your heart. If you’re not a sci-fi fan, give yourself a chance to be surprised by how this genre can touch you deep inside.

Autumn and winter are two seasons when many people watch incomparably more movies than during warmer months. Our choices are also different then – it’s like autumn started residing in our hearts, making us crave sad stories and big feelings.

If you belong to this group of people we’re talking about, it may be high time to surprise yourself with captivating stories of love, death, sicknesses, future, and past. Some of the movies we proposed aren’t even close to traditional romantic stories, but each of them guarantees strong emotions that you may rightfully expect from melodramas.

So, prepare a pack of tissues while turning on Netflix or any other streaming platform this winter. Let yourself be in a different reality for two hours and warm your heart with some romance.