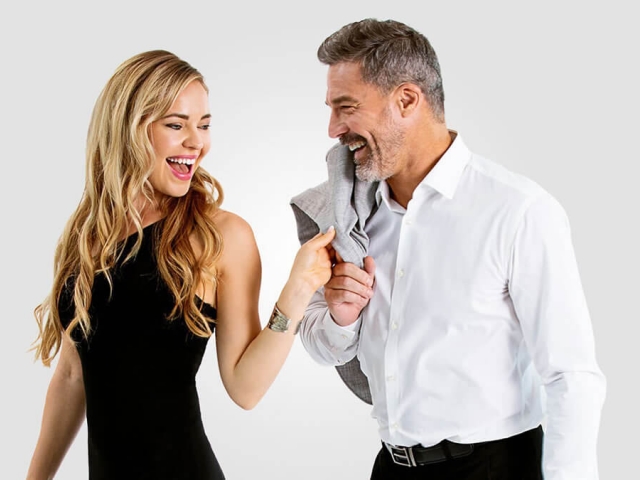 A lot has changed about going social norms since most sugar daddies were new to the dating scene, especially regarding how women expect to be treated. Granted, treating women badly or expecting to squeak by with zero effort was never OK. But most of today’s women – especially young, hot sugar baby types – have men lining up around the block for a chance to date them, so the bar is a lot higher for any sugar daddy who wants his own chance.

But what do women really want and expect from men these days? Where is the line now between “attentive and chivalrous” and “closet misogynist” when it comes to male behavior? And most importantly, do women still actually want to be chased? Let’s unpack the answers to all your questions.

Do Sugar Babies Want to Be Chased?

Thankfully, the standard among sugar daters on Sugar Daddy For Me is for all parties involved to be as upfront and honest with one another as possible. That said, there’s a good chance a prospective sugar baby who’s really interested in you will simply say so. But many sugar babies still want to make sure a guy will be willing to put in the effort she expects before she gives him much of her time.

So unless you’re dealing with a sugar baby who’s exceptionally blunt and never fails to let her dates know where they stand, that gorgeous young woman you’re talking to most likely does want you to chase her a little. But it’s important to do so respectfully and gracefully.

What Are the Signs She’d Like to Be Chased?

A sugar baby who wants a sugar daddy to chase her but doesn’t want to spell it out for him will often behave in a certain way. So keep your eyes open for behaviors like the following.

She’s quick to make herself available

Although sugar daddies corner the market on busy schedules, your average sugar baby is typically pretty busy, too. So if a particular sugar baby always seems willing to make time for you, pay attention.

Does she answer your texts and messages more or less right away? Do you pretty much always get a “yes” when suggesting you get together or schedule a video chat? She’s into you and would love to have you pursue her.

She reaches out when she doesn’t hear from you

Most sugar babies are used to the sugar daddies they date doing most of the work when it comes to making plans or initiating contact, so they’re more than happy to wait for men to contact them first. But a super-interested baby may do otherwise.

So what happens between you when your life gets too busy to communicate as much as you usually do? Does she patiently wait for you to make time for her, or does she reach out herself? If it’s the latter, it’s likely because she’s half-worried you’re no longer into her and wants to ensure you don’t forget her.

She’s playing hard to get

These days, a woman who’s genuinely not interested in a man who keeps reaching out to her will usually say so in no uncertain terms, especially if she’s a sugar baby. But a woman who simply wants a sugar daddy to try harder and prove he really wants her might play hard to get instead.

These days, “hard to get” looks like flirting and then backing off, showing serious interest and then playing things a little cooler for a while. A sugar baby who acts like this almost certainly wants you to chase her.

How to Successfully Chase a Sugar Baby

Every woman is different, so there’s no one tactic that’s sure to land anyone. But some approaches tend to work pretty well, as a rule.

Even if you’re sure a particular sugar baby is bound and determined to land you, always treat her with respect. Ask her permission before touching her, and never attempt to pressure her into anything she doesn’t want.

Conversational skills are an essential part of appealing to any woman, no matter what the situation, so don’t waste your time with boring small talk or gimmicky lines. Pique her interest by talking to her like a real person about real things.

Be clear about what you want

If you really want to make it clear to a sugar baby that you like her, want her, and hope to be with her, tell her so in no uncertain terms. Ask for her number, and then use it. Make room for her in your schedule. Make it clear that you want to take things to the next level.

Ultimately, directness is the best way to show a sugar baby that you’re serious about her and want to make her yours, so don’t be afraid to tell it like it is. You just might wind up glad you did.