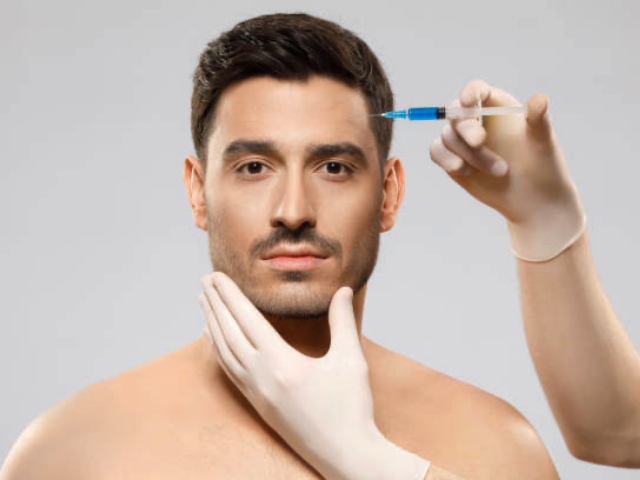 If you are a man who has considered Botox in the past, the good news is you are not alone. In the last 20 years, there has been a 99 percent increase in men getting Botox, but why the sudden rise?

Botox is an injectable dermal filler made from a neurotoxin called Botulinum Toxin, which temporarily freezes the muscles under the skin to eliminate the appearance of wrinkles. When the facial muscles are frozen, the wrinkles are smoothed out and don’t move and fold when you make a facial expression.

Botox is great for giving patients a more youthful appearance, and it is also used to treat some medical conditions like excessive armpit sweating and chronic migraines. Dermatologists have been offering Botox to treat wrinkles since 2002, but it was originally FDA-approved for treating a rare eye muscle disorder in 1989.

Why Are More Men Getting Botox?

Women have been getting Botox to avoid looking older for years to look younger, but it is often overlooked that the same pressures that affect women also affect men. We all live in an age when social media and television are filled with doctored images of beautiful people, and comparing ourselves has become second nature.

Many people dread getting older,  and a lot of this comes from the change in appearance. Our skin isn’t as strong as it was when we were young, and this results in wrinkles and fine lines that give away our age or make us look older than we actually are. Today, there are so many reasons we need photos of ourselves, from social media profiles to dating apps, looking at our own image has become incredibly common.

Botox offers men a subtle way to reduce signs of aging, but the reasoning varies from person to person. Overall, the goal is to have fewer wrinkles, but the societal pressures that affect each person can be different. For example, some men might get Botox to remain desirable on the dating scene. In other cases, their significant other may not be aging as quickly as they are, and it is making them feel very self-conscious.

Other factors can trigger men to get Botox, even if they never really considered it. A big change like the end of a relationship, losing a job, a new relationship, and more can leave men feeling vulnerable and self-conscious. Botox can be a way to boost men’s confidence, so they feel ready to take on a new chapter in their life.

One of the biggest benefits of Botox is that it’s a non-surgical treatment for wrinkles. Unlike facelifts and other cosmetic procedures, Botox is non-invasive and only takes less than half an hour in the doctor’s office. Because Botox is not a complex procedure that requires anesthetic or any incisions, you can return to normal activity as soon as it is finished. This absence of downtime makes it an ideal solution for men who want to reduce their fine lines and wrinkles.

Although Botox is effective, it does have some potential side effects that can hinder people from going through with the treatment. The side effects can range from mild to severe, with mild symptoms including headache, injection site pain, redness and swelling, double vision, and drooping eyelids. These mild side effects usually dissipate after a few hours or days and do not cause any serious discomfort. In very rare cases, the side effects of Botox can include difficulty swallowing and breathing, and there have been some Botox-related deaths in children.

However, a majority of Botox cases do not result in any side effects, and it is important to only get Botox from a reputable dermatologist.