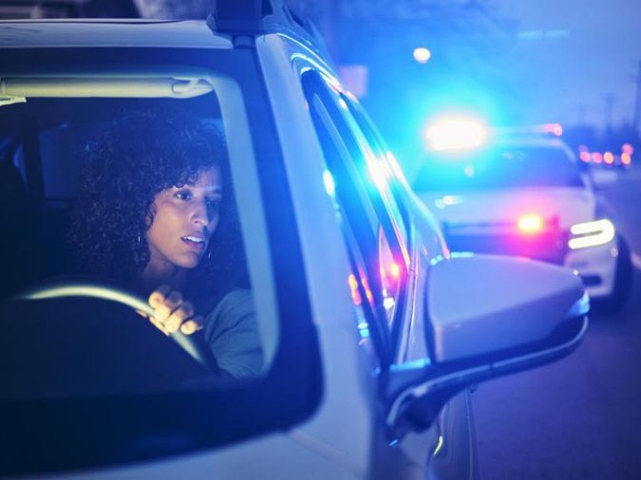 The thought of being pulled over on suspicion of driving under the influence is something that can create fear and anxiety for a lot of people. No matter the specifics of the situation, how you handle it at the time that you’re actually pulled over it is important.

The following are some of the things to know if you’re stopped for a DUI or DWI.

Pull Over in a Safe Area

First, when a police officer decides that he or she is going to pull you over on suspicion of driving under the influence, they are already observing your behaviors.

You want to make sure that you don’t do anything to worsen their suspicion.

Pullover to a safe place.

If you’re slowing down too quickly, or you pull over somewhere that isn’t safe, the officer is going to notice this. Also, if you’re driving erratically, it will be one more thing that’s added to the report.

Try and stay calm and use your turn signal and pull over. Then, you should come to a complete stop.

Once you pull over, turn off your engine and stay in your car. You’ll roll down your window for communication, and you might want to then keep your hands on your steering wheel so the officer can see them.

Again, no matter how upset or nervous you are, it’s critical that you stay cool and calm any time you’re pulled over.

You want to be cooperative, and if you seem very nervous or you’re hostile, it can be problematic.

What Are Your Rights?

It’s always smart to have a general understanding of what your rights are when you’re pulled over during any type of traffic stop. If you are too talkative or give too much information, this can create problems later on.

First, you’ll probably be asked to show certain documents like your license and registration.

If you’re at a DUI checkpoint, you’ll probably also have to show these items.

You can remain silent, and it is your right to do so. With that in mind, staying completely silent might not be optimal. It’s better to be polite but not conversational, so you don’t say anything that could be potentially incriminating.

An officer who pulls you over does have the right to ask you as well as passengers to exit the car, and you don’t have the legal right to refuse that.

When it comes to a field sobriety test, you typically aren’t required to do that.

If you’re not arrested, and you refuse an alcohol or drug test, that’s also within your rights. With that being said, prearrest is different from what your rights are after you’re arrested.

If you are arrested, then there are implied consent laws that become applicable.

These laws require drivers lawfully arrested for driving under the influence to comply with certain requests for testing from an officer. This can include a blood or a breath test. If you refuse after being arrested, you may face a license suspension or other legal consequences.

Another area of discussion and sometimes confusion is whether or not a police officer can search the vehicle when pulling you over.

Usually, a police officer will need a reasonable basis to legally search a vehicle, and a traffic violation isn’t adequate most of the time. However, if you consent as the driver, that’s an exception to that rule.

If an officer requests to search your vehicle, you can say no.

There’s a misconception that if you are pulled over, it’s a good idea to refuse a breathalyzer. The problem with that is that your refusal can be used against you if your case goes to trial, and prosecutors can use other evidence from the scene as the basis for your charge.

If you avoid a breathalyzer to avoid incriminating yourself, in some states, an officer can get an electronic warrant from their mobile device, and then they can require that you submit to testing.

The biggest takeaways are that first if you are pulled over for a DUI, get a handle on your emotions. Remain calm and don’t be combative. Comply with what the officer asks of you, as long as it’s within reason, but don’t say too much. Keep your conversation to a minimum.